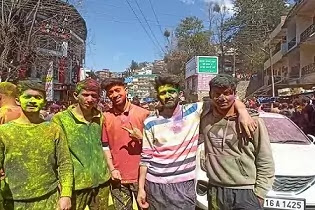 According to Hindu mythology, there was a great famous king Hirnayakashap who ruled over the earth. He was a good warrior and won so many wars. He got blessed by Brahma that he is not killed by any weapon, any person and animal (know in the world), neither in a day nor in the night. But as he gathered the fame he also gained ego. His ministers i.e. his darbar’s mantri was doing his false praise to get his attention. So he always thought that whatever he was doing that everything is right. As time went his ego reached the level where he assumed himself a God. He thought that only he is the person who has the full right to decide which person has the right to live and which have not and his ministers give him full support. If someone took action against him that person was murdered by them.
So to do his satisfaction he ordered all the people to do his worship instead of Vishnu. Because in Hindu mythology Vishnu is a god who is a great warrior and a symbol of great powers. So he thinks that he is superior to him in power and wars. That’s why he ordered his country’s audience to worship him rather than Vishnu. So if he saw anyone praying Vishnu he murdered them.
After this, his wife gave birth to a child who is known as Prahlad. He was very opposite to his father. He became a great devotee of Vishnu from his childhood. As he has grown up his love increases day by day for Vishnu. But one-day Hirnayakashap saw him doing worship of Vishnu. So firstly he explained to him very gently not to do his worship but Prahlad did not listen to him. The king said to his mother to tell him that whose worship should do him. But the Prahlad loved Vishnu as the way that he doesn’t want to listen to anybody.
By this behavior of kid, the king got so angry and decided to punish him. He put him in jail and thought after two-three days of without feeding he will listen to him. But he so indulges in devotion he has no hunger at all. By frustrating for this he ordered to through him down from the hill. But he still survives and Hirnayakashap was in shock that how this is possible. 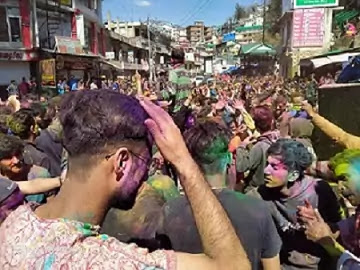 Then his sister Holika came into the story where she decided to kill that child. She was also blessed by Brahma. She has a dying cloth (Chunari) which saves her from fire. Fire can’t burn her until that cloth stick around her. So she decided to sit on a big fire burn with the Prahlad so she can burn him.

On next day they went to fire and grab Prahlad and sit between the fires but on how the wind blew and that cloth surrounded Prahlad. By this Holika burnt in the fire but Prahlad got saved in another time.

So on the occasion of Holika Dahan, this festival is celebrated from that day every year.